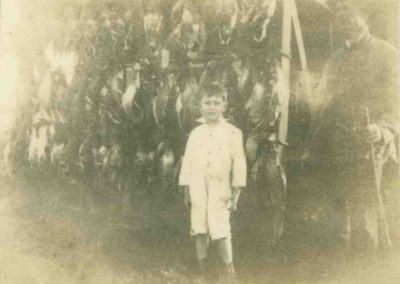 The young boy in this picture is Odelon Duhon, a cousin of Eva Newell. The Duhon’s were one of the first families to settle the Grand Lake and Sweet Lake areas. 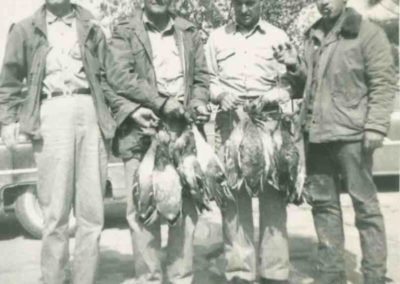 The man on the left is possibly Ed Taussig, Charlie Hebert, possibly an employee at Taussig’s vehicle dealership, and Glen Hebert, Charlie’s son. They had been hunting at Charlie’s camp near the Gibbstown Bridge.

Eva Newell was not sure of the identities of the men in this picture or who the photographer was, but does know that it was taken at the Faulk (cousins of hers) camp in the Grand Lake area. This photo, taken sometime before 1950, was handed down to Newell by her mother and was one of two photos the Faulks had made into postcards. We now know the identities of the men. From left: Pierre Savoie, Nap Faulk, T-Will Faulk, and Kenny Faulk. 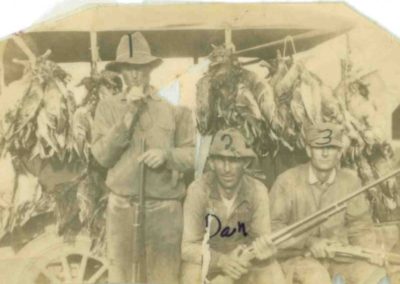 Dan Lebouef, center, Newell’s step-father, once supplied Arsene Pujo with green feathers from a mallard so that Pujo could send them to a relative in New York who wanted a hat trimmed in the feathers. Newell does not know who the other men in the picture are. 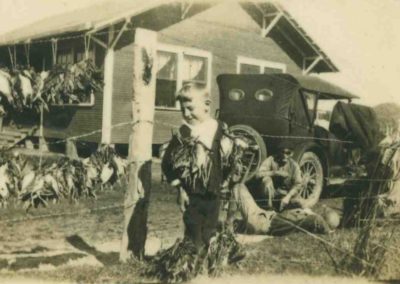 This picture, taken some time between 1920-1930, was shot in front of the Pellerin home in Bell City. Eva Newell’s aunt, Lodie Pellerin, was married to one of the Pellerin’s from that area. 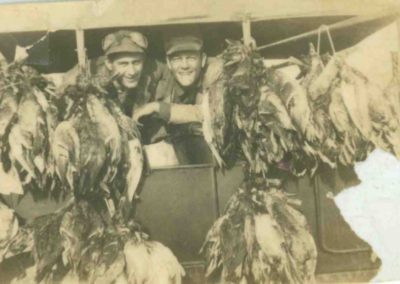 Eva Newell said that one of the men in this photo, taken between 1920-1930, is probably a Faulk related to Amos and Nap Faulk, brothers and famous hunters and duck callers from the Grand Lake area. The picture was likely taken in the Bell City area, where some of Newell’s uncles were rice farmers. 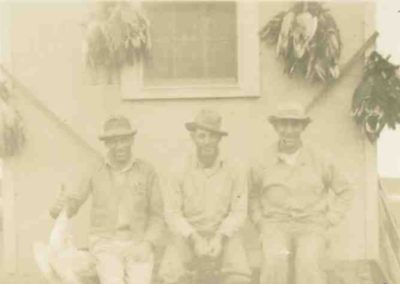 This photo was probably one of the Faulks, possibly taken near Big Pasture Road and probably taken between 1920-1930. It is unknown who the photographer was. 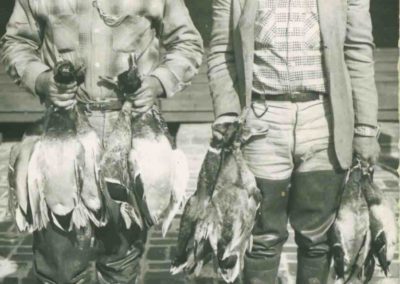 Amos, left, and Nelson “Nap” Faulk of Grank Lake pose in front of their family’s camp prior to 1950. This is one of two photos the Faulk’s had made into postcards, which Newell has.